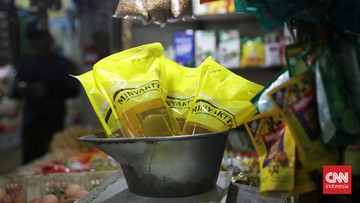 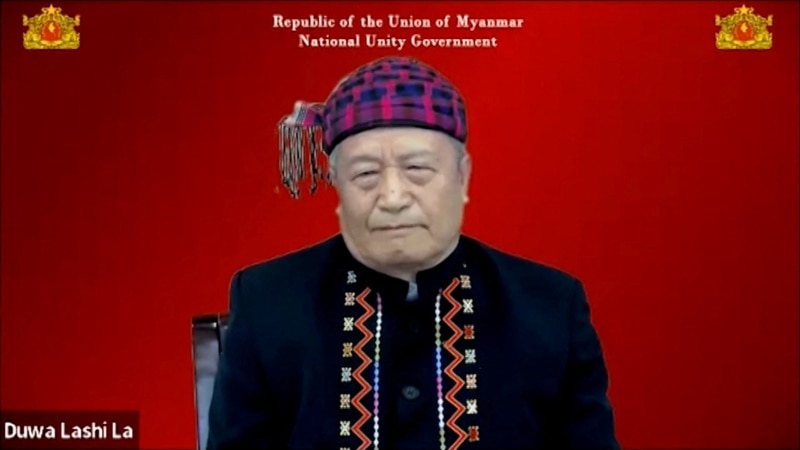 Duwa Lashi La, the acting president of Myanmar’s opposition government in exile, the National Unity Government, or NUG, told VOA in a Zoom interview Tuesday it will not be possible to return to a democratic path through dialogue. While seeking more official recognition for the NUG, he said outside financial, and even military, support will be needed. These highlights are from Duwa Lashi La’s conversation with VOA’s Ingyin Naing in Burmese. They have been translated into English and edited for brevity and clarity.

VOA: The Myanmar junta, formally known as the State Administration Council, or the SAC, said Tuesday the current situation in Myanmar is “out of the ordinary.” What does the opposition National Unity Government see as the next step by the junta since the term of the SAC is ending on February 1?

Acting President Duwa Lashi La: We have already determined that they will find a way to continue to hold power. The military claims that, according to the 2008 constitution, they can declare a state of emergency. The current situation being “out of the ordinary” means the military junta cannot rule the country as an ordinary government. We think the military feels it needs to stall for more time to maintain control.

VOA: How has the NUG, as a parallel government, been able to deliver government services to people on the ground? How much territory across the country is now under its effective control?

Acting President Duwa Lashi La: As we often say, more than half of our country is under the control of the National Unity Government and EAOs [ethnic armed organizations]. To be specific, the military junta no longer has control of 157 townships. At the moment, we are also starting to form local administrations. Prosecutors’ offices have been opened in 23 townships. Our justice department has also opened 25 offices and is appointing lawyers. One hundred eighteen judges have been appointed and are already dealing with public justice. Similarly, in education services and health services, the NUG government is continuing to work throughout the country. So far, education services are being provided to 95 townships. In the same way, we are taking care of health services in 198 townships.

VOA: The NUG does not accept the elections that the junta has proposed. What kind of other options do you have to change the country? Will you go with the armed resistance movement, which was officially declared in 2021, or will you go with dialogue?

Acting President Duwa Lashi La: To be honest, any country meets and discusses and then finds a solution. The dialogue path is less death and less bloodshed, but the army is selfish. We predict that, because they are hungry for power, they will do what they want. That is why it will be difficult for us to accept dialogue with the army in any way. In addition, the numerous crimes committed by the military are extremely offensive to the people who have suffered greatly. There will need to be justice in that regard. If the military leaves the political realm and hands over power to the people, they can still have some dignity. The country can be peaceful, and the army can also maintain respect. The main goal is an end to the suffering the people have been enduring for so long.

VOA: The CDM, the Civil Disobedience Movement, against this coup d’état has gained momentum all over the country. NUG has announced that more than 3,000 people have defected from the army and the police. It has been reported that the NUG has supported the defectors. On the other hand, there is criticism that the assistance isn’t enough. For example, when the defectors arrived in liberated areas, they face difficulties. There are also reports that the number of people who flee from the army has fallen. So, what are some of the challenges for NUG regarding the CDM?

Acting President Duwa Lashi La: As for CDMs, there are situations where we cannot go forward. The NUG has four or five task forces to work for defectors. Since we are in revolution, our budget depends mostly on the donations by the Myanmar people around the world. It is not enough to fully support all defectors and their families. The junta has started putting more pressure on these groups. Those who want to leave the army cannot leave when their networks [for communicating with the outside world] are suppressed. They do things like threaten their family members along with other kinds of coercion. Secondly, the situation is that the NUG is not able to provide enough financial support once they leave the military and come to our side. The defectors may then be reporting back to others inside the military about the situation, which might discourage them from also leaving. If we succeed in encouraging defectors, the army will be more likely to collapse from within, reducing the need for armed resistance, but currently, there are certain difficulties. I believe that if the international community provides more financial support, the military defection program will be successful.

VOA: You have recently asked the international community to provide anti-aircraft weapons in connection with the army’s airstrikes. Have you received any response?

Acting President Duwa Lashi La: So far, there has been no international response. The reason is related to the lack of official recognition of the NUG as the official government of Myanmar by the international community There are also points to consider regarding the balance of power between the world’s powerful countries based on the geopolitics. Therefore, Western countries might be reluctant to provide us weapons, with Myanmar located between China and India.

So, as of now, I have not received anything as requested. However, if they start thinking about it in an international context, we would appreciate it.

Acting President Duwa Lashi La: According to the U.S. side, the Burma Act law does not include a weapons assistance program. We have asked for help in providing weapons, so it will be difficult for the U.S. to provide this. But other technical assistance, medical assistance; humanitarian aid; help with administrative work, is not without benefits for our revolution. It is beneficial, however, if possible — if the U.S. can provide anti-aircraft weapons, we believe that the situation in which people are suffering in Myanmar will be overcome much sooner. So, we are looking for a way to discuss this with the U.S. government.

VOA: According to the United Nations Security Council’s first resolution on the Myanmar issue, next March or April, the junta will be reviewed to see if it is in compliance — ended all violence in the country and freed all political prisoners — or not. Do you think the resolution is effective in practice?

Acting President Duwa Lashi La: We welcome the resolution. We feel that the Security Council’s resolution on Myanmar last December shows that the issue of Myanmar is being seriously considered. It is the first urgent decision taken by the United Nations regarding our country. It was very encouraging, as well, to see that there was no veto. The Security Council’s resolution is not followed by the military junta at all. This is how they operate. No matter what the world says, they have a habit of doing whatever they want to do. Therefore, I hope that more pressure will be applied at the next Myanmar issue discussion on the failure of the military to comply with the resolution as a member of the United Nations.

VOA: China has veto power in the Security Council but did not use it for the Myanmar resolution. Regarding China’s stance toward Myanmar, how is the relationship between the NUG and the Chinese government?

Acting President Duwa Lashi La: We also observed this with great interest. Because China abstained during the Security Council vote on the Myanmar resolution last December, we could sense China’s positive attitude toward us. Even though we do not have formal diplomatic exchanges, we communicate and exchange information with China in other ways. We have a policy of keeping good relations with our neighbors, China, India and Thailand. Therefore, we have to make efforts to deal with the People’s Republic of China as comfortably as possible. I believe that if China can act according to the resolution of the U.N. Security Council, they will cooperate with us. They can act both in their own interest and that of the Burmese people. In addition, I believe that if China puts pressure on the military junta, it will help us to be able to quickly move toward the democratic path that the people want.

VOA: Indonesia, which currently holds the position of ASEAN chair, made a statement on the issue of Myanmar affairs in early January, when it took office. Indonesia has said that he will engage with all stakeholders there. What is the prospect of ASEAN dealing with NUG officially?

Acting President Duwa Lashi La: As for ASEAN, we have been actively engaged. Even though it is not official, we always have contact and discussion. Countries like Malaysia have already made official announcements of support for the NUG. We hope to receive more support in the future from other ASEAN countries. Indonesia is a country that is similar to our country in that it has changed to a democracy from a military dictatorship. Therefore, they have sympathy for our situation. We have thought about how we can best cooperate with Indonesia during their time as leader of ASEAN, and the NUG foreign ministry has also prepared for this, and we are working on it. Indonesia has stated that it will assist with humanitarian aid despite obstacles in dealing with the junta. It would be a very good thing for their representatives to come to Myanmar and meet all stakeholders in person. I expect Indonesia will use its position as chair of ASEAN to pressure the junta to implement significant changes. 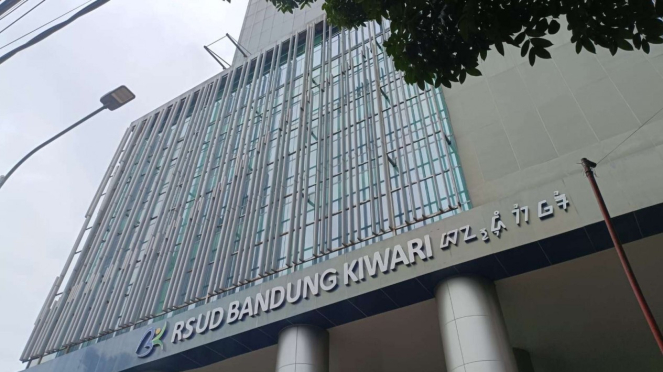