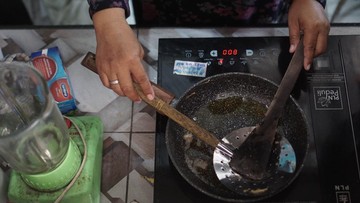 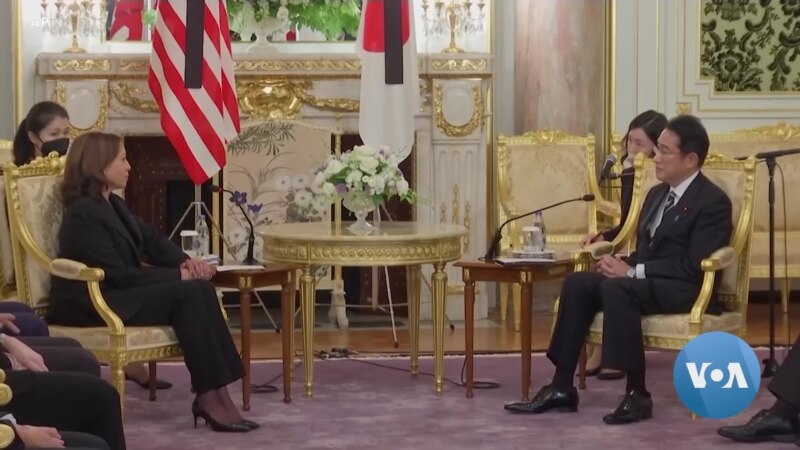 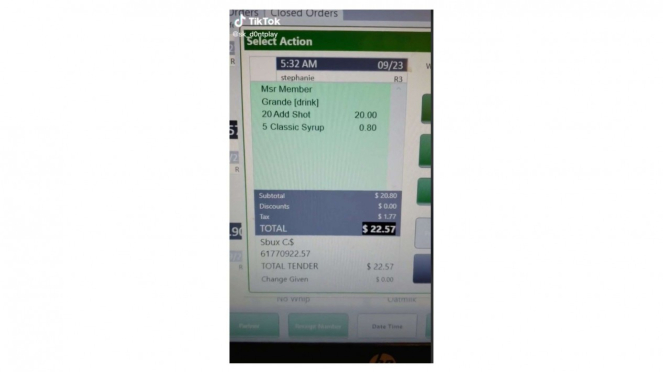 The U.S. Education Department’s Office of Inspector General has released a new audit of the federal Charter School Programs that found some alarming results about how charter school networks have used millions of dollars in funding. Among other things, the audit found that charter school networks and for-profit charter management organizations did not open anywhere near the number of charters they promised to open with federal funding. This piece looks at the new audit and what it tells us

The reason this is not surprising is that investigations into the Charter School Programs by the Network for Public Education, an advocacy group that opposes the growth of charter schools, found that same problem, as well as others and reported it a few years ago. You can read my stories about their “Asleep at the Wheel” reports here and here. (The second report noted that the state with the most charter schools that never opened was Michigan, home to former education secretary Betsy DeVos, who has pushed to expand charter schools for decades.)

Charter schools are publicly funded but privately managed. The federal charter program, which began in 1994 with the aim of expanding high-quality charters, had bipartisan support for years, but many Democrats have pulled back from the movement, citing the fiscal impact on school districts and repeated scandals in the sector. The Biden administration is making some changes to the program in an effort to stop waste and fraud and provide more transparency to the operation of charters.

What the Biden administration’s new rules for charter schools say

This piece was written by Carol Burris, executive director of the Network for Public Education and a former award-winning principal in New York. She has been chronicling the charter school movement and the standardized-test-based accountability movement on this blog for years. The Network for Public Education is an alliance of organizations that advocates for the improvement of public education and sees charter schools as part of a movement to privatize public education.

The story of a charter school and its for-profit operators

A new report issued by the Office of the Inspector General (OIG) entitled “The Effectiveness of Charter School Programs in Increasing the Number of Charter Schools” documents how states, charter management organizations, and charter developers often make wildly exaggerated claims regarding the number of charter schools they will open or expand to secure large grants.

The OIG, an independent watchdog of the U.S. Department of Education (the Department), found that for grants issued between 2013 and 2016, only 51 percent of the schools promised by Charter School Programs (CSP) recipients opened or expanded.

The OIG audit also exposed the sloppy record keeping and weak oversight that characterize CSP operations. Since 2006, the department has paid a private corporation, WestEd, millions of dollars to compile, check and update CSP records. WestEd’s present CSP contract exceeds $12 million. In total, WestEd has active contracts with the U.S. Department of Education worth more than $27.6 million. Yet an alarming number of grant records could not be found when requested by the OIG auditors. And while the Biden administration is attempting to clean up and reform the CSP, according to the independent OIG, more work needs to be done.

What did the Office of the Inspector General audit?

The audit had three goals. The first was to describe how the department’s Office of Elementary and Secondary Education tracked and reported the number of charter schools that opened and expanded using Charter School Program funds. A second goal was to determine whether CSP grant recipients actually delivered the number of charter schools they promised when they applied for their often multimillion dollar awards. Finally, the audit sought to determine how many schools were still open two years after CSP funding ended.

As its title stated, the audit was an attempt to measure the program’s effectiveness in fulfilling its mission. To conduct the audit, the OIG examined 2013 through 2016 CSP grant records. During that period, the department awarded 103 CSP grants to states, charter management organizations, or individual charter developers. Ninety-four were closely investigated by the OIG. The likely reason these years were chosen was that most grants are for five years. The auditors also found that the department often extends them further when grantees have not spent all of their money. Therefore, more recent grants were excluded because records were likely to be incomplete.

The auditors noted that while the department, through WestEd, tracked spending and schools while grants were open, the tracking stopped as soon as the grant was complete. Therefore, the department had no way of knowing whether schools remained open beyond the years federal funds propped them up. This speaks to the purpose of the program — to open and expand high-quality charter schools.

When auditors asked the department to define the term high-quality, the department responded that the “CSP office does not determine whether a charter school is high-quality because state rules for determining high quality vary.”

“Additionally,” it said, “the determination of whether a charter school is a high quality is often the responsibility of charter school authorizers.” The department also told auditors that tracking a school’s existence after all money was doled out was not its job.

Even if the department wanted to do a quality check of schools as they were funding and expanding, the OIG found that there was no accurate base of information that they could rely on to determine whether they should continue what was often a multimillion-dollar grant. From the audit:

Although the CSP office created processes for tracking and reporting on charter schools that opened and expanded and charter schools that remained open through the grant performance period end date, those processes did not result in CSP grant recipients reporting precise, reliable, and timely information in their FPRs [final performance reports], APRs [annual performance reports], and data collection forms. The processes also did not result in the CSP office receiving all the necessary information to assess grant recipients’ performance or evaluate the overall effectiveness of the CSP.

Specifically, the department could not produce 13 percent of the required final reports from grantees and 43 percent of the required final data collection sheets. Auditors noted that grantees would report different numbers of schools opened or expanded among required collection forms and final reports. The accuracy of the final documents prepared by WestEd for the department was beyond the scope of the audit.

During our research for our second Asleep at the Wheel report, we found that the data collection sheets produced by WestEd and published in 2019 by then Education Secretary Betsy De Vos were replete with errors. Schools that had closed or never opened were reported as open or future. We also noted inaccuracies in recently submitted sheets we received from a Freedom of Information Act request, especially relating to the for-profit management status of the awardee.

But the OIG discovered a far worse problem yet. More than half of the schools that grantees committed to opening or expanding did not open or expand at all.

Grant applicants asked for and received millions of dollars based on their promises to open and expand charter schools. However, when the auditors examined 94 grantee applications, they found that many grantees fell far short of their commitments.

The OIG determined that based on the commitments made in the 94 applications, state education agencies, CMOs, and developers promised to open or expand 1,570 charter schools using CSP funds.

As of July 2021, approximately 75 percent of the grant funding had been spent, yet grantees had only opened or expanded 51 percent of the charters they had promised.

This begs the question, where did millions of tax dollars go? I identified grantees by matching applications on the department website along with numbers in the data set with grant codes in the OIG report.

In its 2016 CSP application, the Florida Department of Education put forth what it called a “bold and ambitious plan to … develop a high-impact system to dramatically improve the opportunities of educationally disadvantaged students. The department said that it would use the grant to “support the creation of 200 new high-quality charter schools over the next five years.”

Florida received $70.7 million to achieve its “bold and ambitious” plan. According to the OIG report, it had only opened 33 percent — or 66 — of the schools it promised to open as of July 2021, although it had spent over 51 percent of the CSP funds.

Colorado’s 2015 application promised that it would open 72 charter schools with its over 24.2 million dollar grant. In the end, it opened fewer than half — just 33 — and expanded three schools. Nevertheless, it spent 87.5 percent of its funds.

Tennessee ambitiously promised to open 114 charter schools. It opened just 16, though it managed to spend 63 percent of its grant. These states are not outliers. The report shows a pattern.

And CMOs also failed to deliver. The KIPP charter network promised 65 schools for its jumbo $48,750,000 grant, one that well exceeded most states. It delivered 34 schools and expanded one.

Finally, there are grants to developers that the department directly provides. The Innovation Development Corporation received a $405,730 CSP grant to open The Delaware Met. It was open for just a few months before it was shut down. It also received and spent $72,000 to open DE Stem. That school was shut down before it even opened. Willow Public School, a Washington charter school, took and spent a $602,875 grant, opened, ran into trouble, changed its name, and then shut down.

The department and the National Alliance for Public Charter Schools attribute the problem to authorizer reluctance and state caps on the number of schools that can open. Really? Every state that got a grant has a state board that can override local rejections of applications. State applicants and the department are also well aware of caps. Take the case of the 2018 $78,888,888 CSP grant to the New York State Department of Education, which was outside the scope of the OIG audit.

In the New York State application review, which you can find here, raters acknowledge that New York State had not even used up its previous grant which was open beyond its terms and that charter expansion would be limited by the state cap on the number of charters. Yet they gave the application high scores, and it was approved. Where did that 2018 money go? Over $10 million went to provide staff development in technology for charter schools.

Why do states and charter management organizations ask for jumbo grants knowing they cannot deliver? Because they want the money to fund their charter school operations.

States and charter management organizations get to keep 10 percent of the cut for grant administration and technical assistance to charter schools. The bigger the grant, the bigger the cut. Therefore, KIPP was allowed to keep nearly $5 million for its charter management organization, even though it fell way short of its commitment. The Florida Department of Education secured over $7 million for administrative services on its grant.

Second, there are no guidelines about how much an individual charter school can get. We have seen grants as low as $250,000 and grants to schools of $1.5 million. When a state realizes it cannot or will not meet its commitment, it just doles out larger amounts.

Third, until President Biden, no prior administration did anything about it over the Charter School Program’s existence. Therefore, states, CMOs, and individual schools realized pretty quickly that they could create grandiose applications, sometimes including falsehoods, and there would be no real consequences if commitments were never met.

The present department has taken a terrible beating for creating modest CSP reform regulations which are still being fought by the charter trade organizations and their proxies, including the Thomas B. Fordham Institute, a charter school authorizer. Challenges include both a lawsuit and a Republican-sponsored bill to overturn the new rules.

But as the OIG audit shows, reforms are desperately needed.