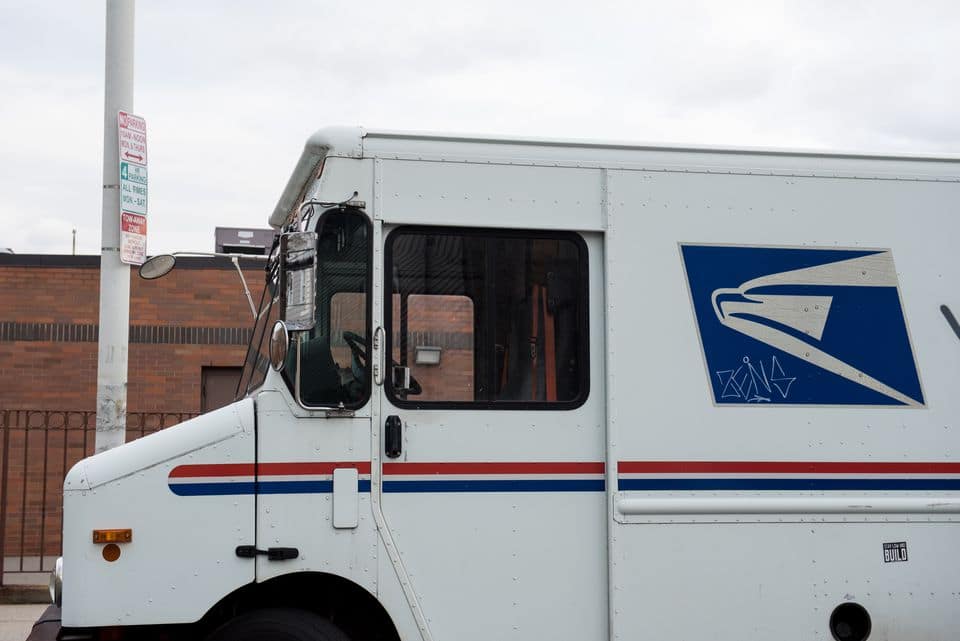 A man with a replica handgun robbed mail carriers and kidnapped one in Pennsylvania to steal packages they were delivering, officials say.

Now James Chandler, 55, of Philadelphia has been sentenced to nearly 22 years in federal prison after he pleaded guilty to two counts of robbery of a postal worker and one count of kidnapping.

In a statement to McClatchy News, defense attorney Elizabeth Toplin said Chandler has expressed “sincere remorse for his crimes which involved robbing two postal workers with a toy gun.”

“At his sentencing he apologized specifically to the postal workers he put in fear through his actions. Prior to the pandemic Mr. Chandler had been employed for several years. As many businesses began closing down, Mr. Chandler lost his job,” she said. “He searched for employment, to no avail. Financial and family pressures mounted and Mr. Chandler and his disabled fiancée, for whom he was caring, faced eviction.

“Mr. Chandler does not seek to minimize actions or his crimes, but offers his story to contextualize his conduct,” she continued. “Mr. Chandler is 55 years old and has been sentenced to nearly 22 years – effectively a life sentence.”

Authorities say the first mail carrier to be robbed by Chandler was walking back to his U.S. Postal Service truck while in uniform at about 7 p.m. on Jan. 11, 2021. Chandler approached him from the back and put a gun to the worker’s back, according to court records.

Chandler repeatedly told the worker he would kill him if he “did not get what he wanted,” the sentencing memorandum says.

The USPS carrier turned over four packages and $7 from his wallet before taking his cell phone battery out at Chandler’s direction, officials said. Chandler then ordered the man to the back of the mail truck and told him to stay there for at least 10 minutes.

Chandler ran away, authorities say, and the mail carrier texted his boss as he waited in the back. He eventually returned to the front of the truck, drove away and flagged down Philadelphia police officers to report the robbery.

Less than a month later, on Feb. 4, authorities say a second carrier was kidnapped by Chandler.

She was also walking in her uniform when Chandler — dressed in a USPS sweatshirt — forced her to head back to the mail truck at gunpoint, according to court records.

When she told him she could not open the truck, “he pulled the firearm out of his pocket again,” prompting her to comply, officials said. He ordered her to the back of the truck and told her to open four of the larger packages and put their contents in his bags. He also had her place 30 smaller packages in the bags.

Officials say Chandler had her get into the driver’s seat and directed her to a street about one mile away before he got out and ran away. She continued driving away before calling police and her supervisors.

She reported “that she feared for her life during the robbery and kidnapping,” records say.

Investigating officers witnessed a man place a trash bag into a can on the sidewalk, which was found to have some of the undelivered mail taken during the Feb. 4, 2021, incident, according to the filed court document.

And the next day, as police were watching the area, authorities say they saw Chandler steal packages from at least four homes. He was also seen trying to sell items at pawn shops and to people on the street.

He was arrested on Feb. 5 with “appeared to be a black revolver with a brown handle in his front waistband,” authorities said. The gun was actually a toy, though officials say he “placed both of his victims in fear for their lives using a replica firearm that the victims had no way of knowing was not real.”

Before he was booked into jail, the man requested a chance to speak with his girlfriend, officials said. Authorities heard him apologize to his girlfriend and admit to stealing packages.

Officials say the USPS sweatshirt he wore the day prior was found stuffed inside a pillowcase on his bed.