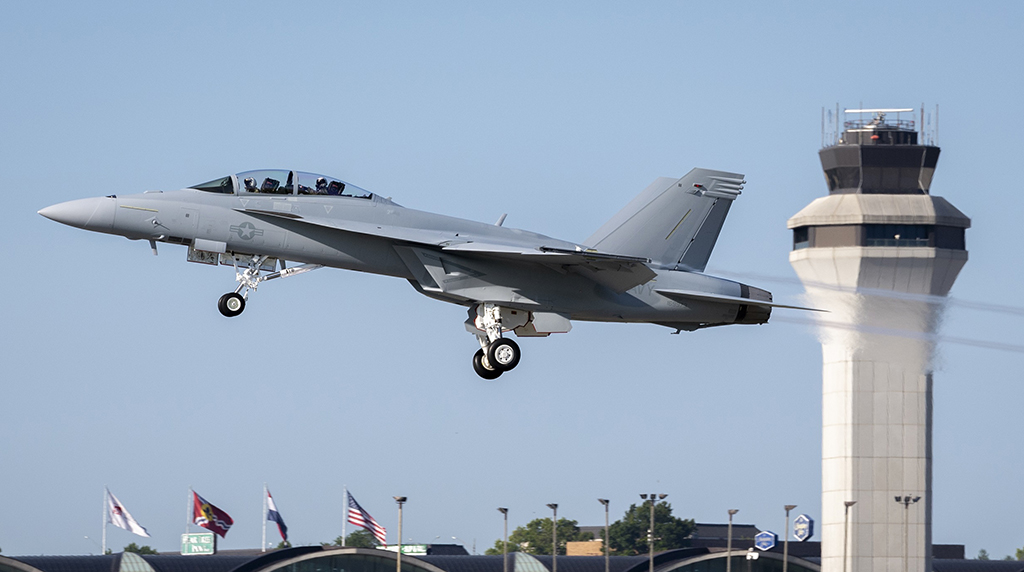 Two Block III aircraft are to be de delivered to the U.S. Navy test unit to start familiarizing with the updated jets and carry out carrier flight tests.

“The fleet needs capabilities to keep its edge,” said Capt. Jason “Stuf” Denney, U.S. Navy F/A-18 and EA-18G program manager. “Getting the first operational Block III in our hands is a great step forward in supporting our capability and readiness goals.”

Interestingly, along with the new hardware and software, the new aircraft leverages apps-based solutions that will make upgrades and new features releases easier and faster: “Block III’s new adjunct processor translates to a fighter that will do more work and in far less time increasing a pilot’s situational awareness. The jet is ready to receive apps-based solutions that will allow upgrades to the aircraft throughout its life span.”

The approach is more or less the same we have seen with other platforms: instead of delivering big, complex, monolithic and hard-to-maintain software code that implements all the features, the new design strategy calls for deploying multiple smaller “services” or “apps” (like those that run on our smartphones) each one exposing a single technical capability. In this way, working on that specific feature (enhancing or fixing it) becomes easier. This approach is also the same that allows to ‘inject fifth-generation capabilities into a fourth-generation asset’ or new advanced ‘features into existing platforms’.

“We invested in Block III technology and developed the capabilities in partnership with the U.S. Navy to meet its emerging requirements,” said Jen Tebo, Boeing vice president of F/A-18 and EA-18G programs. “The hardware upgrades are complete. Today we are maximizing the open hardware and software and developing the apps to keep Block III ahead of future threats. We are giving Navy pilots the tools to make the fastest and most informed decisions possible now and in the future.”

With all the features included in the Block III, the new Super Hornets are going to be 4+ gen aircraft (or 4++ or provided that any classification of this type makes any sense…), like the F-15EX, the first new non-stealthy fighter acquired by the U.S. in nearly two decades: indeed, LO (Low Observability) is no longer a must and most nations, including the U.S. are preparing for the future conflicts with mixed fleets of quite expensive stealthy 5th gen. aircraft operating alongside advanced non-stealth 4th gen. fighters.

David Cenciotti is a freelance journalist based in Rome, Italy. He is the Founder and Editor of “The Aviationist”, one of the world’s most famous and read military aviation blogs. Since 1996, he has written for major worldwide magazines, including Air Forces Monthly, Combat Aircraft, and many others, covering aviation, defense, war, industry, intelligence, crime and cyberwar. He has reported from the U.S., Europe, Australia and Syria, and flown several combat planes with different air forces. He is a former 2nd Lt. of the Italian Air Force, a private pilot and a graduate in Computer Engineering. He has written four books.